Through our Counseling Services and Professional Training Center, Womencare has become a vital resource in the treatment of trauma for clients and therapists.

Regarding COVID-19: Womencare recognizes the many difficult, traumatic and compromising impacts of the coronavirus on our individual lives, relationships, sense of security and mental health and well-being.  We are currently providing secure teletherapy, easily accessed from your home.  We welcome your call.  Read more.

Womencare is proud to be offering free workshops during COVID-19 that help support three local non-profits.  If you are able, join us in making a difference by donating to one of these organizations:

Womencare, founded by Laurie Kahn in 1978, is committed to encouraging and sustaining healthy relationships with self, others, family and community.  Collaboration, mutuality and careful pacing are key to our relational approach.  We welcome people of all races, ethnic groups, religions, genders, sexual orientations and abilities.*

*Womencare is located in an ADA accessible building.

“Trauma is hard to speak and hard to hear. But, stories unshared don’t disappear; they return in relationships silently taking prisoners. Telling your story to a compassionate witness, in contrast, can be healing.” 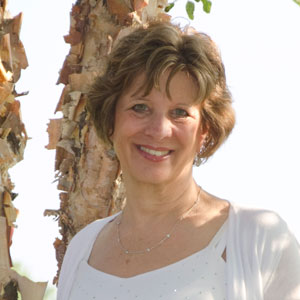 When this happens, it's usually because the owner only shared it with a small group of people, changed who can see it or it's been deleted.
View on Facebook
·Share

6 Tips From a Therapist For Coping with Reopening Anxiety | KQED

With more people vaccinated, the temptation to go out is everywhere. But you’re not alone if socializing feels difficult.
View on Facebook
·Share

Yesterday was Missing and Murdered Indigenous Persons Awareness Day. I hate to admit that I would have missed it entirely had I not heard about it in a TikTok video from @Modern_Warrior__ this morning. (If you’re not following him, do. I’ll drop a link below. He’s worth creating an account for.)

But I saw nothing about it on the news, nor on any of the pages that Facebook’s algorithms seem to think should be at the top of my feed. So I’m a day late, but we’re going to talk about it anyway, because it’s far too important not to.

According to Native Women’s Wilderness, as of 2016, the National Crime Information Center reported 5,712 cases of missing American Indian and Alaska Native women and girls. The U.S Department of Justice only logged 116 of those cases. Why? Because, as explained on NWW's website, "the majority of these murders are committed by non-Native people on Native-owned land. The lack of communication combined with jurisdictional issues between state, local, and tribal law enforcement, make it nearly impossible to begin the investigative process.”

Every single one of those 5,712 cases represents a human being with hopes, dreams, families … full, rich lives to live. And only 116 of them are even *recognized* by the DOJ. That’s horrifying.

Yesterday, the White House's proclamation read in part, "Our failure to allocate the necessary resources and muster the necessary commitment to addressing and preventing this ongoing tragedy not only demeans the dignity and humanity of each person who goes missing or is murdered, it sends pain and shockwaves across our Tribal communities. Our treaty and trust responsibilities to Tribal Nations require our best efforts, and our concern for the well-being of these fellow citizens require us to act with urgency.”

They do indeed. And it’s long, long overdue.

For more information, sources, and some folks to follow, please see links in comments below.

{image is the photo featured in the AZ Central article, linked below. It is described as "a Missing and Murdered Indigenous Women mural by artist Lucinda Yrene at the Churchill in Phoenix, Arizona.” Credit: Meg Potter / The Republic via AZ Central.} ... See MoreSee Less