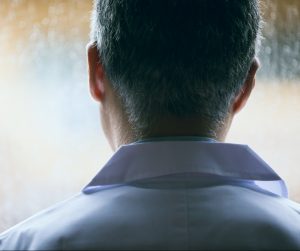 Boys are abusers; girls are victims. Men are lawyers; women keep house. Men love sports; women like to shop. The women’s movement has long challenged these gender stereotypes. As a young feminist, I gathered with other women in musty basements and apartments in ‘consciousness raising groups’ that drew links between the personal and the political. We were outraged by the political and social limitations placed on women. We challenged the societal norms that restricted our choice of partners, professions and lifestyle. It was a time of our awakening and political activity. I helped organize one of the first rape crisis programs in Chicago. I worked with mothers on welfare to organize day care programs. We began to believe we could move mountains.

My feminist ire was always provoked when my concern about the rights and oppression of women was met with the comment, “You know males are oppressed too.” I would think to myself, I don’t remember when men had to fight for the right to vote. I don’t think men avoid walking the streets alone for fear of being raped.

Now I feel differently, even embarrassed, about my dismissal of the devastating impact gender roles can have on males. Maybe it came from the maturing of my feminist perspective, or maybe from knowing male friends and a partner who dared to move away from the dictates of societal expectations (My favorite is the dramatic increase in males who change diapers). Or maybe it was the sobering experience of listening intently to boys and men who dared to speak of being molested by a priest. My male clients have taught me much about what it means for a young boy to be abused. Research has consistently shown that the prevalence of sexual abuse of females is appallingly high, and that girls are predominantly abused by family members in the “safety” of their homes. The victimization of girls and women is fodder for music, poems, cinema and literature. We are intrigued, moved and outraged by the abuse of females.

The research on the sexual abuse of males is confusing. Figures vary widely, with one study showing that 4% of boys are abused, while another claims 76%. We do have evidence that boys are abused more often by people other than family members. We also have documentation of the shocking fact that pedophiles who target boys average 150 victims each. Even though the clergy and celebrity scandals involving the sexual abuse of boys have received tremendous media attention, stories of boys’ mistreatment remains mostly unspoken and suspect. To be a victim is incongruous with the role that we are taught is acceptable for boys. Except for when a male is shot by a cowboy or gang member, films do not portray men or boys as victims. Our culture vacillates between denial of the sexual abuse of males and public recognition of a serious social problem.

Recently I was asked to be on a radio show to comment on the Mary Kay LeTourneau case. She was the elementary school teacher who had sex with her male student. Ms. LeTourneau described a “romance” that began when the boy was twelve years old, and a controversy ensued. In newspapers and chat rooms, many declared that this was true love and argued that the charges of child rape against her should be dropped. Her sexual contact with this young boy led to her pregnancy, a seven year jail sentence and, most recently, marriage. When I was asked if this could have been true love, I responded, “Love can not be an alibi covering responsibility for abuse. Many children are sexually abused by those who ‘love’ them. If it is your father, teacher or beloved priest, there is a power differential. It is a betrayal of trust, and unequivocally abuse. I think the confusion with this case is that the gender roles are switched from what we are accustomed to.”

This case challenges two cultural myths. One, that boys are not victims, and two, that women cannot sexually abuse boys. If the story had been about a thirty-five-year-old male teacher having sexual contact with his twelve-year-old female student, the relationship would be seen clearly as sexual abuse. But change genders, and controversy flares. Sex with an older woman in male culture is often described as a rite of passage. If a boy tells about sexual contact with an older woman, he is more likely to be congratulated by his peers than comforted. This does not prevent the damage that the contact can cause, but it does make it more likely that the boy will never speak to his confusion or acknowledge his distress.

“Might Mary Kay and her new husband, now 22, have a good life?” I was asked at the end of the interview. I do not know. I agree, however, with Anna Salter, an expert on perpetrators of abuse, when she says that child sexual abuse is like being bitten by a rattlesnake: some recover completely, and some don’t, but it is not good for anybody.

The sexual abuse of boys is under-reported, under-recognized and under-treated. Boys often minimize the impact, dismissing the abuse as no big deal, and they are less likely than girls to seek help. Boys who are victims of sexual abuse worry that their abuse will prove them unmanly. Their shame is pervasive. A young man who did have the courage to seek help told me, “My heroes were Superman and James Bond. They protected the weak. They were never prey.”

Male survivors sit in my office telling me of incidents of sexual abuse that they have never before spoken about, their hearts broken by the betrayals of a trusted adult. Their distress is compounded by shame and doubts about their manhood. Normal “masculinity” has become a straitjacket that does not allow them to acknowledge their pain and vulnerability.
I was unaware, as I sat in the circles of my consciousness raising groups, that boys were being abused by their clergy, coaches and family friends. I did not know that sexism in our society made it more difficult for boys to seek help and get the compassion they deserved. I did not know that my definition of victimization had to be inclusive of everyone who is betrayed and robbed of their childhood and their dignity. I did not know that when abuse goes underground it can perpetuate a legacy of violence. I did not know that the emotional scars of boys can be as devastating as their sisters’.